We use cookies on our website. By continuing to browse our site, you are agreeing to our use of cookies.
Find out more about our cookies Close
Home » News & Events » Our Chair calls on government to make affordable rent more affordable

Bill Midgley, Chair of Leazes Homes, is calling on the government to address the concerns of social housing tenants around the country on the affordability of so-called “affordable homes”, and to consider a new rent model for tenants like his.

Mr Midgley, who has chaired the Newcastle-based affordable housing provider since its inception in 2009, is concerned that the current affordable rent model, imposed upon registered providers as part of their grant structure funding, is not flexible enough. 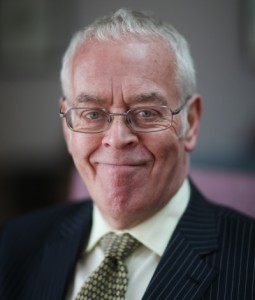 He is calling on the government to address this in its much anticipated housing green paper, expected imminently.

Mr Midgley said: “We’ve been developing new homes for affordable rent for almost ten years now and have seen a lot of change in the sector during that time. We’ve also seen a number of housing ministers come and go, none of whom have dealt with what I believe to be one of the most pressing issues for us and other providers of affordable housing.

“When Alok Sharma embarked on his tour across the country to meet social housing tenants, we know they told him of their concerns about a lack of truly affordable homes. They are concerns we share and ones we’re looking to Dominic Raab to address with urgency.”

The Affordable Rents (England) model, introduced in 2015, was created in response to a reduction in capital funding available for the development of social housing. The Treasury Spending Review 2010 stated that “Social landlords will be able to offer a growing proportion of new social tenants new intermediate rental contracts that are more flexible, at rent levels between current market and social rents.”

Mr Midgley continues “Like many other registered providers, Leazes Homes is obligated to charge higher rent rates to counteract lower rates of grant funding. This means that the squeeze on finances is passed on to its tenants, who must pay 80% of market value.

“Leazes Homes is a charity and exists to provide housing for those in need. In many cases, those in need cannot afford 80% of market rent.

“This can lead to our homes, which are intended for those in need who may have very few options available to them, being let by those who could afford alternatives in the private rented sector.  This doesn’t fit with our charitable aims.

“It can also lead to rent payments being propped up by benefits. Obviously this is a better situation for those we’re trying to help, but it’s not without its faults and likely creates another problem elsewhere; and we’re regularly told by the same government that increasing pressure on the welfare bill is unsustainable.”

Apprehension around rental affordability is not solely the concern of Leazes Homes. The Joseph Rowntree Foundation, whose vision is to “solve poverty in the UK”, states in an introduction to its UK Poverty 2017 report that “state support for many on low incomes is falling in real terms, rents are increasing, and rising employment is no longer reducing poverty.”

The organisation also reports that “47% of working-age adults on low incomes spend more than a third of their income (including housing benefit) on housing costs. More than a third receiving housing benefit have to top it up out of other income to cover rents” and that “Those on lower incomes are more likely to live in ‘non-decent’ homes; which fail to meet the minimum standards of safety, state of repair, facilities and thermal comfort.”

That last point is particularly jarring for Bill Midgley: “Leazes Homes is dedicated to delivering modern, comfortable homes for a range of people with various needs. These people deserve good quality, energy efficient housing with modern conveniences and they should not be excluded from that because they have low incomes.

“For too long the focus has just been on numbers – we must build x number of homes by x date – and it’s far too simplistic. We also need to look at tenure, and the contracts we expect people to enter into, as these are what determine the success of our new communities.

“It’s all very well building thousands of homes, but people need to be able to live in them, and those people shouldn’t just be those on higher incomes. If they are, this can lead to an impact on local authority stock too – as it makes council housing the last resort for many people, which of course brings its own problems.”

So what does Mr Midgley believe the solution to be?

He wants a more flexible affordable rent model and for the government to recognise the differences between the North and South in its housing green paper.

“I would urge the government to look beyond numbers and volume in the housing green paper and to recognise that simply building more homes is only going to solve part of the problem in the North. We need the government to accept more than one rental product in the affordable model, to put an end to the inflexible regime, and to factor the needs of local people into grant allocation decisions.

“Society, the welfare system and our economy have all changed significantly since 2010; its time the affordable rent model changed too.”