We use cookies on our website. By continuing to browse our site, you are agreeing to our use of cookies.
Find out more about our cookies Close
Home » News & Events » Mountfield Primary School at Kilbourn House

Children from Mountfield Primary School in Kenton have brightened up the face of a nearby construction site by donating works of art to decorate the hoardings. 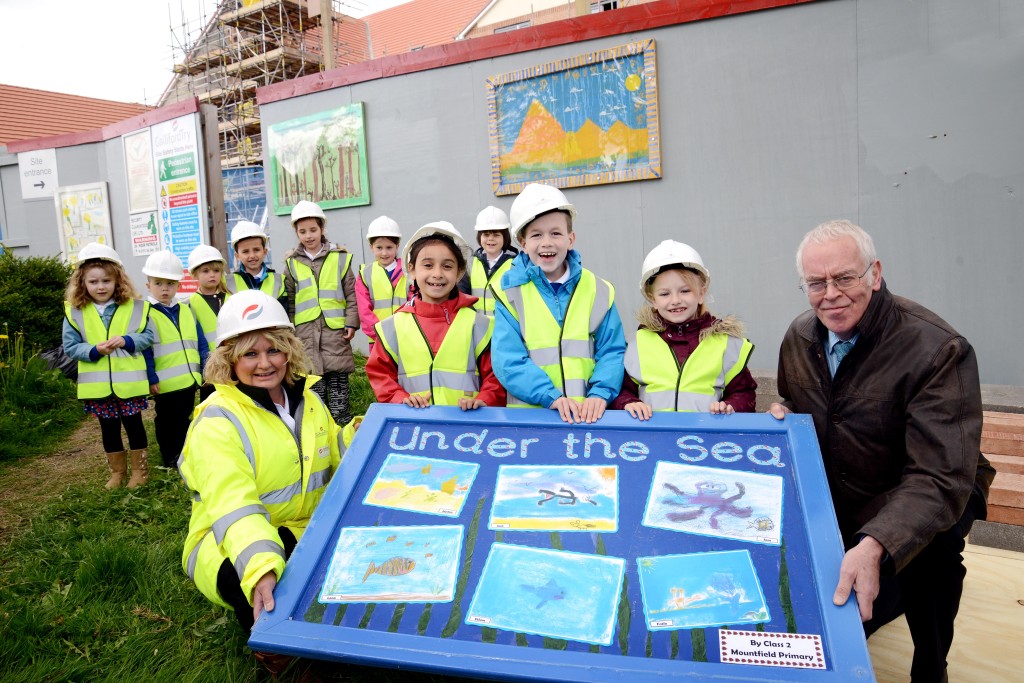 The children were invited to create their pretty pictures by Galliford Try Partnerships North, the construction company responsible for developing the Kilbourn House extra care site on Newlyn Road in Kenton, on behalf of Leazes Homes. As part of its commitment to engage local people in the building process, Galliford Try regularly reaches out to schools situated near to its sites to help children learn more about the building industry and to get involved with projects being developed in their communities. Galliford Try is also a member of the Considerate Constructors Scheme and is dedicated to respecting the community, protecting the environment and securing everyone’s safety in the areas in which it works. The organisation uses the Considerate Constructors Scheme’s mascot, Ivor Goodsite, to teach children about these issues and how to stay safe around construction sites. A school assembly was organised so that some of the people working on the construction site could meet the children and explain the dangers associated with creating buildings. The Ivor Goodsite mascot attended and children were able to have their photo taken with him. At the assembly, children were invited to produce pictures that would make the hoardings around the site more attractive and six classes contributed their own mini works of art. The drawings were based on topics the children were studying, and included references to a range of subjects from ancient Egypt to sea creatures! 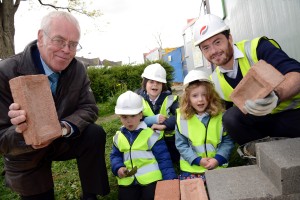 The children were invited to visit the site on two separate occasions, where, dressed in hard hats and high-visibility wear, they were able to see their pictures framed and displayed on the hoardings. They also learnt about the machines used to build properties, had the opportunity to sit in a digger (with supervision of course!), build their own mini brick walls and were treated – from safe distance – to the sight of a tall crane operating on the site. Chair of Leazes Homes, Bill Midgley, said: “Kilbourn House will provide a fantastic living environment for many older people and follows the successful opening of Trevelyan Court, our extra care scheme in Newbiggin Hall. “It was brilliant to see children from a primary school situated so close to the site, learning about what is happening on their doorstep. We’re very pleased that Galliford Try shares the commitment we have towards engaging local communities and involving them in the construction process. “The hoardings that face Newlyn Road now contain some really excellent drawings and we’re very pleased to have our site adorned with such brilliant works of art – I’d like to thank all of the children who submitted a picture for their amazing efforts.” 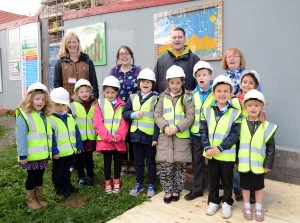 Debra Philips, Employment and Skills Manager with Galliford Try Partnerships North, added: “It was great working with Mountfield Primary School and we hope these sessions have helped the children to learn all about construction sites. “The artwork has really brightened up the site and it was particularly fun supporting the work the nursery children are doing around the three little pigs, by showing them how to build a small wall of bricks.” Kilbourn House will be completed later this summer and anyone interested in applying for a tenancy should contact the YHN Sheltered Housing Team on 0191 278 8585